9:30am Sunday Worship
In Person and Online

Each staff member makes a meaningful impression in church life at Trinity.

Our staff are skilled leaders, faith-filled servants, and thoughtful stewards of our spiritual home. You’re invited to learn more about these remarkable individuals in their bios. 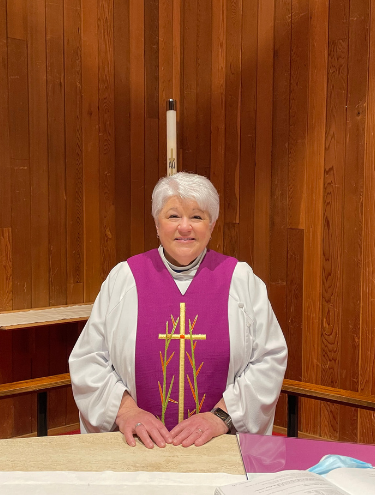 The Rev. Dr. Pamela Joan-Swarts Challis (better known as Pastor Pam or P2) grew up in Marion, Indiana as the oldest of three daughters born to Robert and Janice Swarts. Pam was active in church life from the time she was three, when she had her first speaking part in Marion First Church of the Nazarene’s annual Christmas Program.
After graduation from high school, Pam attended Olivet Nazarene University in Kankakee, Illinois, where she received a BS in Home Economics and General Science Education. She married David (Dave) Challis following graduation and they have three adult children and six grandchildren: Aubrey (married to Nick Cray with their children Dani, Vanessa, and Elaina), Aaron (married to Brianna Casiano, and Tanner), and Ashley (married to Stephen Davis with their children Naomi and Samuel).
Pam finally listened to the urging of the Holy Spirit and attended Trinity Lutheran Seminary in Columbus, Ohio, where she graduated and was ordained in 1995. Her first call was to Atonement Lutheran Church (in Barrington, IL) as Associate Pastor for Education and Outreach (this call morphed into Associate Pastor for Youth and Family Ministry). Moving to the south side of Chicago, she served Ashburn Lutheran Church and School as both Co-Pastor and Solo Pastor. Her third call was to Ahwatukee (Phoenix), Arizona where she served as Senior Pastor at Esperanza Lutheran Church and Preschool. While serving at Esperanza, Pam finished her DMin in Preaching from LSTC (Lutheran School of Theology at Chicago) in 2009. In 2011, God called Pam to serve as Pastor Developer for Living Faith Lutheran in Santa Clarita, California and since November of 2013, Pam has had the privilege to serve at Christ Lutheran Church in Long Beach, California.
Pastor Pam enjoys reading, walking, yoga, hiking, baking and cooking, watching British TV programs and hanging out with her husband and their two cats, Ashton and Graham. 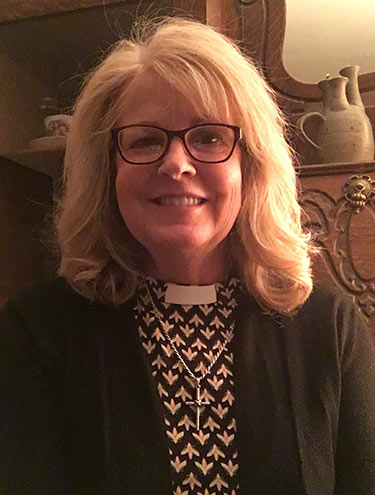 Pastor Janet Kettering serves as our Visitation Pastor. Pastor Janet and her husband, Pastor Phil Kettering, joined as members of Trinity in spring of 2016.
Pastor Janet is a second-career pastor who comes to us from the Southwestern Minnesota Synod. Her 30 years of experience as a District Court Reporter for the State of Minnesota served as a surprising catalyst to a call to pastoral ministry and the opportunity to engage in the stories of God’s people in a new way. Pastor Janet completed the ELCA candidacy process through the TEEM program (Theological Education for Emerging Ministries) at Pacific Lutheran Theological Seminary in Berkeley, California, and was ordained into her first call in February of 2009 as Associate Pastor of Our Saviour’s Lutheran Church in Canby, Minnesota. That was followed by a call as their Senior Pastor; she continued in that position until 2016, at which time she and her husband, Pastor Phil Kettering, relocated to the Rocky Mountain Synod and the Boulder area.
Pastor Janet currently serves as a half-time pastor at Shepherd of the Hills Lutheran Church in Boulder and cherishes spending time with her husband and their family, preparing and sharing meals with others for others, and seeing God’s presence revealed through our life experiences. 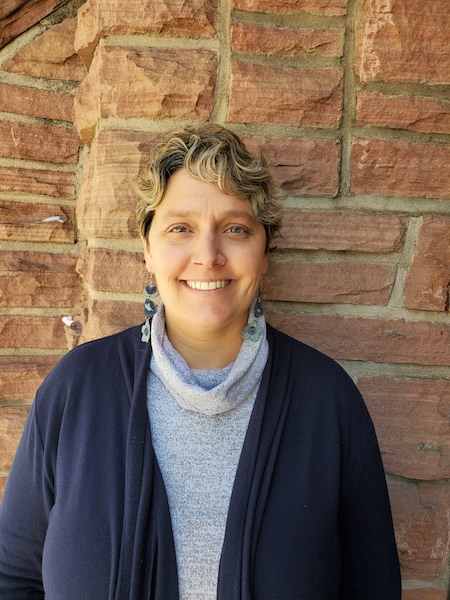 Melanie has been a member of Trinity since spring 2001 and a staff member since July 2004. Melanie manages the church calendar and events, production of church publications, the church’s technology and equipment, and communication to the congregation. She is the person who makes sure things get done and considers herself a Jane-of-all-trades. Melanie holds a Master of Arts from the University of Chicago in Social Service Administration with over 20 years experience working with nonprofits. Melanie is married to Andrew Burow and they reside in Boulder. Melanie sings in ASTER Women’s Chamber Choir where she serves as choir president. Melanie is a Master Composter and teaches composting classes in the area each spring and fall. She is an avid traveler and is always trying to find time to see more of the world. 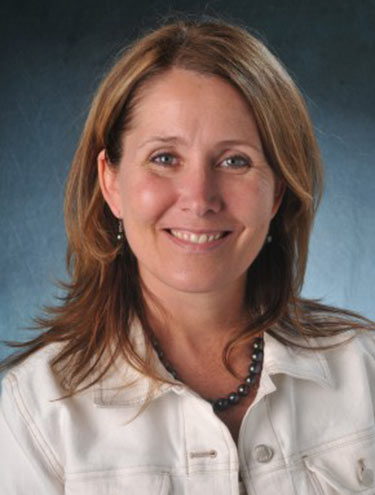 Dr. Heil is Trinity’s Adult Choir Director. She began her ministry among us in April 2013. Leila is an Assistant Professor at CU in the College of Music: Choral Methods, Graduate Level Foundations of Music Education, and Faculty Advisor. She moved to the area from Ft. Collins where she served as the Choir Director of Christ United Methodist. 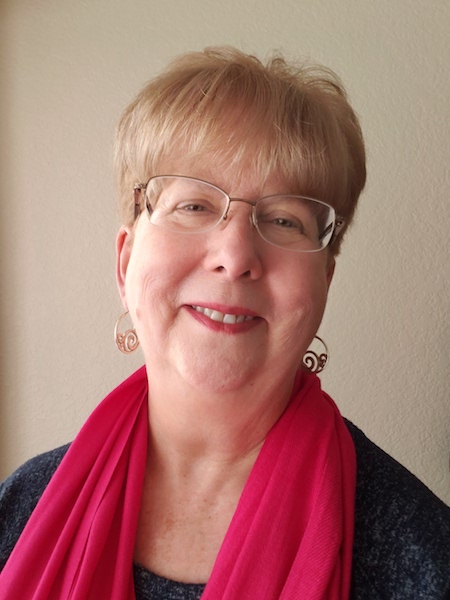 Jeanine is the Youth Choir Director. Jeanine and her husband Tom joined Trinity in April of 2012 having moved to the area after 35 years in Columbia, South Carolina. She has a bachelor’s degree in music with a piano major and voice minor from the State University of West Georgia (1976) and has done graduate work, including organ study, at Columbia College in Columbia, SC. She has been organist/choir director at two churches, one ELCA and one Episcopal, where she was director of adult and children’s choirs. For many years she directed the children’s choir at their home church, Westminster Presbyterian in Columbia, and has experience directing bell choirs. Tom and Jeanine spend a lot of time playing with their two grandsons and one granddaughter that live here in Colorado and traveling back East to see three more granddaughters. 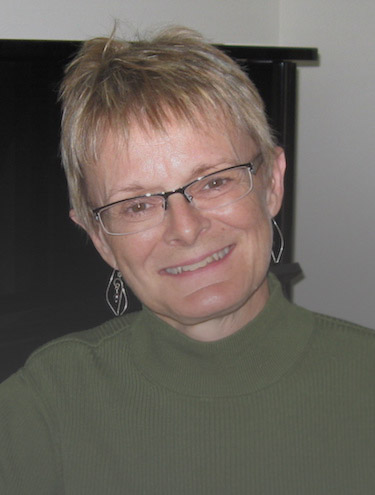 Marilyn came to Trinity as our Organist in Fall 2017 and also took on the role of Coordinator of Music Ministries January 2023. An organist and pianist, she studied at Simpson College in Indianola, Iowa. She has a lifetime of serving churches from Iowa to Alaska to Missouri to Arizona to Colorado! She currently lives in Frederick with her spouse, Jeff. Marilyn has two children and two stepchildren, plus one adorable grandchild who prompted the move to Colorado from Iowa. When away from the keys she loves hiking, biking, motorcycling, rafting, and sailing. 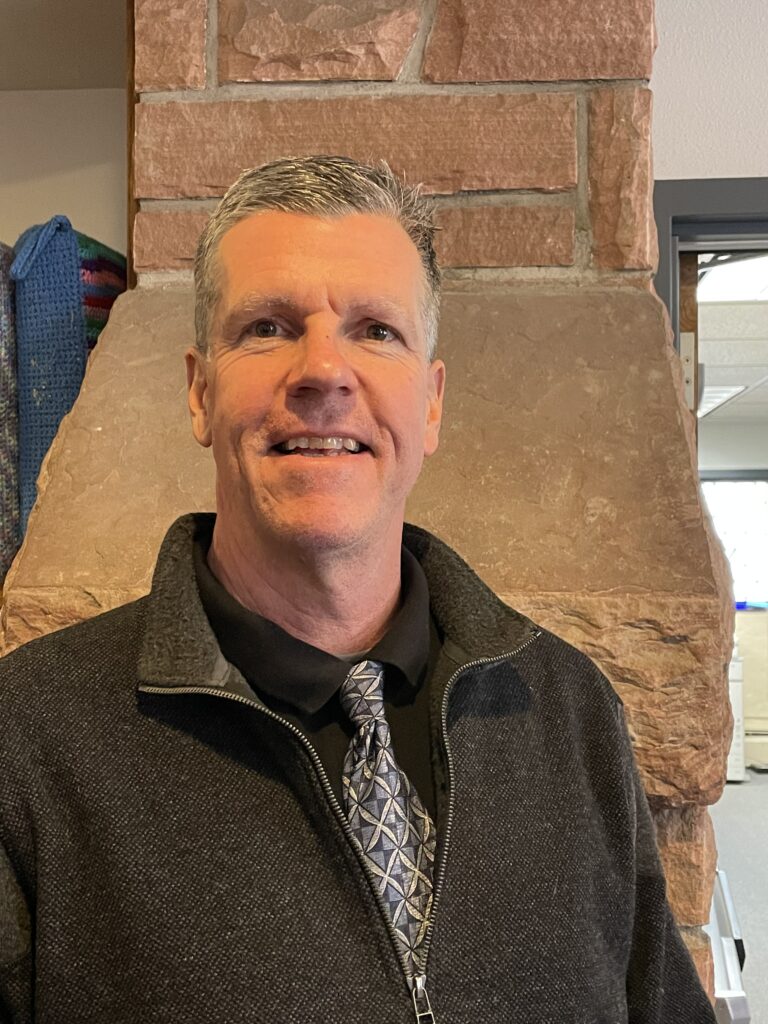 Joe Sabol joined the staff of Trinity as our first Facilities Manager in August 2022. Joe grew up in Boulder and always knew of Trinity Lutheran as ``The beautiful old flagstone church on the corner of Broadway and Pine``. When Joe saw Trinity was looking for a Facilities Manager, he knew his passion for buildings and systems, along with an ``I can fix that!`` attitude - he'd be a natural fit for Trinity Lutheran.
Joe owned and operated his home inspection business for 20 years. He also has experience in the roofing and golf course maintenance industries. Joe attended Sacred Heart of Jesus, Centennial Junior High, Boulder High School, and CU Boulder.
Joe resides in Longmont, along with his amazing wife (Christina) of 31 years. Their daughter Katrina will be graduating from the University of Montana in December 2022. Joe spends nearly all of his free time outdoors - maintaining their yard and gardens, hiking in the mountains, biking the gravel roads around Longmont, snowshoeing in the winter, and an occasional round of golf. Joe is especially enjoying getting to know and working with the Trinity staff, and is looking forward to meeting more of the congregation. 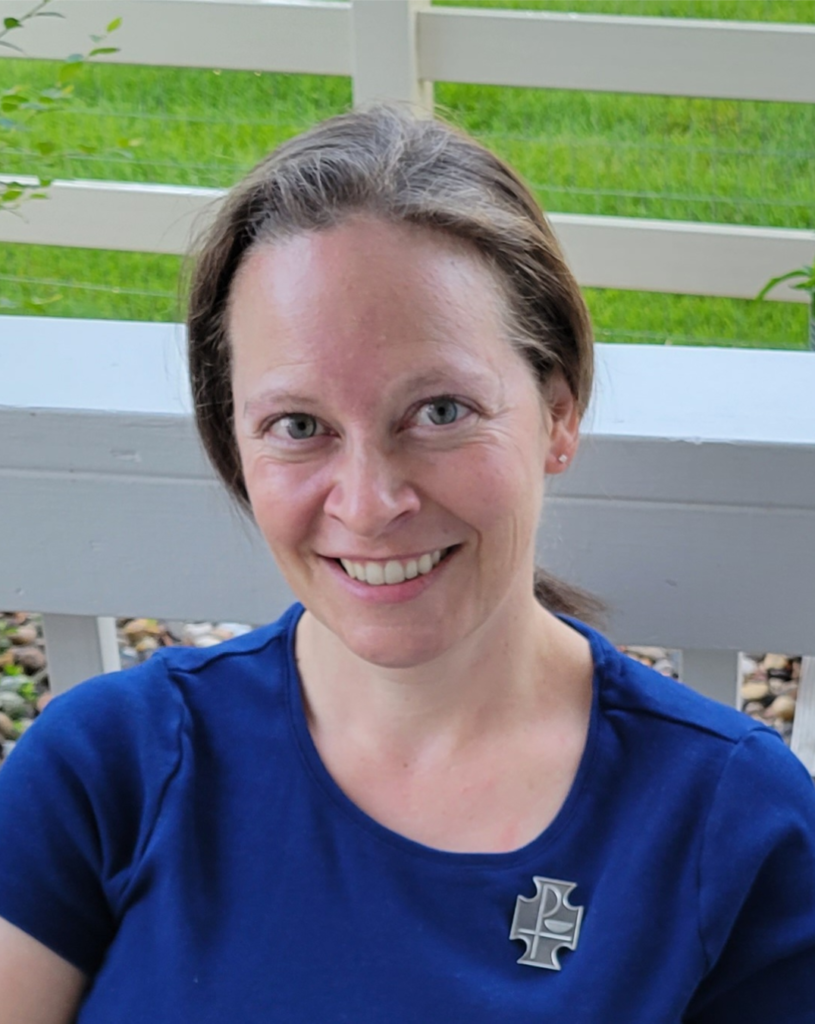 Deaconess Ann Maki serves at Trinity as Deaconess to Faith Formation. Her role is similar to a consultant to the faith formation ministry to help kids, youth and families on their faith journey, relationship with God, one another and this faith community.
Deaconess Ann received her Bachelor’s in Music, with a focus in music education and continued her theological education at Valparaiso University. She went on to become a consecrated Deaconess in the Lutheran Diaconal Association and a Deacon in the Evangelical Lutheran Church in America (ELCA). She has served in several other congregations in the area over her time in ministry and also serves as Deacon to Faith Formation for Children and Families at Atonement Lutheran Church here in Boulder.
Deaconess Ann and her husband have two young children. Together they enjoy tea at the Dushanbe Boulder Teahouse, time in the mountains and visiting with family, (those near and those in Ohio - where Ann and her husband are originally from). Personally, Ann enjoys yoga, specifically aerial yoga, and finds great joy in serving where God calls. 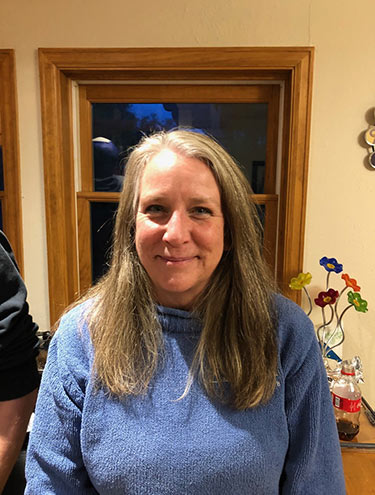 Monica has been our bookkeeper since 2006 and a member of Trinity since 1995. Monica holds an AA degree in accounting and has been working in this field since 1983. She is responsible for paying operating expenses, payroll service, balances the checkbooks and creates the church’s financial statements. Monica has two boys whom she loves fiercely. She likes to read, hike and hang out with her family.

We make a God-shaped impact on local, national and international communities through our ministries.